The Origins of The Willow Pattern and its Reinvention by Faux 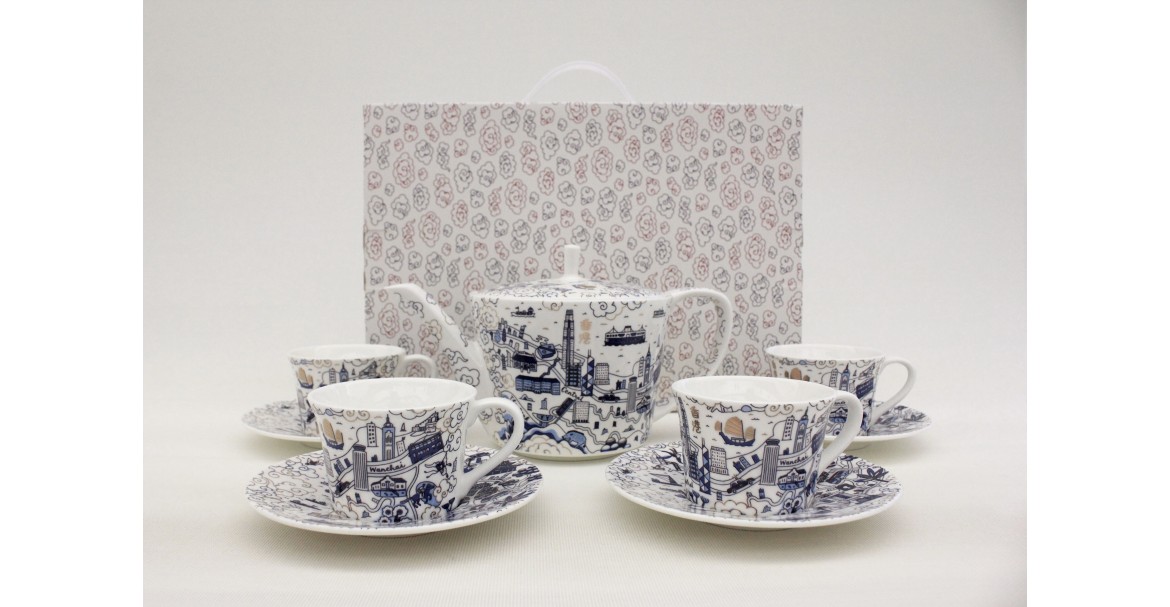 The Origins of The Willow Pattern and its Reinvention by Faux

The increasing demand for these Eastern goods led to the development of ‘Chinoiserie’, a desirable style which drew upon the imagery, patterns and textures of these imported goods. ‘Chinoiserie’ permeated many aspects of design, from crockery to wall coverings, furnishing to gardens and became an extraordinarily popular trend.

Pottery was an area where ‘Chinoiserie’ could be developed and marketed and mid-late 18th century saw the Willow Pattern emerge and begin its journey to becoming an iconic piece of ceramic design, one which is ubiquitous both in the archaeological record and even in many homes to this day. The most popular Willow Pattern was designed originally by either Minton or Josiah Spode I in the 1790’s, it drew on the motifs found across all manner of imported items from China. The Willow Pattern was a blue and white transfer-printed composite design which brought together Buddhist imagery, pagodas, landscapes, birds and trees from Chinese porcelain. The pattern is said to be woven around a romantic story of star-crossed lovers eloping together.

The evolution of this style occurred at a time when mass-production of decorative tableware, at Stoke-on-Trent and elsewhere, was already making use of engraved and printed glaze transfers referred to as decals todays, rather than hand-painting, for the application of ornament to standardised ceramic products in porcelain and fine bone china.

Many different Chinese-inspired landscape patterns were at first produced in this way, both on bone china or porcelain wares, and on white earthenware or pearlware. The Willow pattern became the most popular and persistent of them, and in various permutations has remained in production to the present day. Characteristically the background colour is white and the image blue, but various factories have used other colours in monochrome tints and there are Victorian versions with hand-touched polychrome colouring on simple outline transfers.

Faux, a boutique design house based in Hong Kong have taken the Willow Pattern in a new direction making it contemporary by taking a traditional pattern originally created in the west and inspired by the East and bringing it back to Asia in a with a modern twist. These original designs have been created by collaborating with artist Mariko Jesse who grew up in Hong Kong to a Japanese mother and English father, her cultural nuances understanding and experience delicately placing her at the cusp of East and West.

Artist, Mariko Jesse offers her rendition on the classic Willow Pattern with a series of artworks, her take on Hong Kong’s Victoria Harbour and around the city.

Respecting the traditional motifs of these Chinese inspired landscapes that became fashionable in Europe in the late eighteenth century, her layout is executed in a modern topographical and cartographical design.

Mariko’s unique style lovingly depicts the wonders of nature on the Peak looking down to Central, Sheung Wan, Wanchai, Causeway Bay and across the harbour where we see the symbolic swallows representing star crossed lovers escaping to the hinterland.

This is the first in a series of these exquisite designs with Kowloon, Stanley, Repulse Bay and Sai Kung coming soon. The unique Willow Pattern, classic yet contemporary is timeless in every way and these elegant ceramics are a perfect addition to your home décor. Exquisitely packaged, the Willow Pattern series make for perfect gifts such as weddings and birthdays and special occasions such as Thanksgiving, Christmas and Chinese New Year.